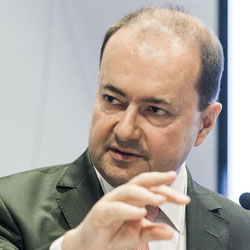 The gap between what is needed to provide world class infrastructure projects to the emerging world, and what is being committed by funds, institutional investors and global multilaterals is widening every year.

Experts warn that the problem is exacerbated by an increasing reticence among Western funds to sink long term capital into the increasingly troubled emerging world.

Dimitris Tsitsiragos, head of the International Finance Corporation’s (IFC) international investment operations and advisory services, said a key challenge faced by organisers of infrastructure projects such as toll roads, airports and power plants in the developing world, waslack of funding from the big commercial lenders.

“In the past, we would see big chunks of commercial lending accompany [the funding of major new projects]”, he said. Yet much of that funding has disappeared and is, he added, yet to be replaced.

A guide to financial inclusion in fragile states
China, India, Africa and Indonesia are Expected to Deliver Maximum Sales of Mid-market Value Trucks